Does Thirst Always Tell You When You Need Water?

Take care to keep well hydrated – especially during the hot summer months.  People can be dehydrated without even realising it.   The thirst mechanism may not be working properly to alert us to this state.

The more stress we experience (of any kind) the more magnesium is used up by cells and the lower the magnesium reserves get – particularly when we experience excessive perspiration as well.   Processed foods, sugar, coffee, alcohol and medications (particularly diuretics) can also contribute to dehydration, causing excessive magnesium loss and acidification. 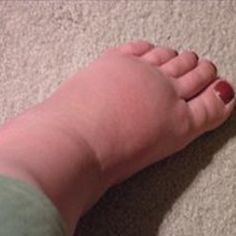 
When the body is dehydrated it can also cause edema, a pooling of fluids around the ankles or puffiness around the eyes.   The reason for fluid retention is usually because the body cannot properly eliminate wastes when there is not enough free water flowing through. In order to protect the vital organs it holds water back and pools it in regions where the toxicity needs to be diluted. Waste products can also pool up and cause swelling in the lymph system – the body’s protein waste disposal system. In other words, dehydration tends to cause blockages in the tubular networks of our body. The availability of free water in the body is essential for electrical conductivity and cell signaling. Beverages are liquid foods and require extra work to digest to use the water they contain.  Some beverages like coffee and alcohol actually remove more free water from the body than they donate in the liquid!  Only water does what water does to facilitate waste removal, cell energy production and conductivity.  If anyone says to you they don’t need to drink water because they drink other liquids instead – it is a health concern.  Eating and digestion also require extra water to make stomach acid over and above the water contained in the food. It is best to have a good drink of water about half an hour before a meal.

Stress hormones like cortisol have a dehydrating effect and dehydration produces more stress hormones.  It is a vicious circle.  Dr Batmanghelidj M.D. said in his book, The Body’s Many Cries for Water;

“Stress translates in the body into dehydration; in other words, every time you feel stressed, that translates to dehydration, and the reason is that every time you’re stressed you secrete a lot of hormones that break up new material and mop up the free water from the circulation, and all of a sudden you are short of free water… In stress-management you get these hormones—vasopressin, endorphins, prolactin, cortisone-release-factor, and angiotensin, which is activated both at the brain level and at the kidney level. Vasopressin is subordinate to histamine, as a water regulator, and vasopressin itself is a very strong cortisone release factor. When there is dehydration, and you have histamine release, you also have vasopressin release, and you also have tissue breakdown as a result of cortisone release factor.”  Read More…

Vasopressin is what causes the smooth muscle cells of the cardiovascular system to contract in order to push more water up into the brain because the brain needs more water than the other organs of the body and is made up of over 80% water.  The brain will always take priority for the water supply in the body.  If there is not enough to go around the cardiovascular system gets squeezed. For smooth wall muscle fibres to be squeezed together in vascular constriction, cells have to depolarise to allow calcium to flood in because calcium is a contracting mineral.  It is magnesium that then releases the grip of the calcium by expelling it to allow the muscle to relax again and refill with magnesium and water.  This kind of ion channel switching normally happens very fast, but as magnesium gets lower it gets harder to release tension and muscles can remain ‘locked up’, and the vascular walls can become more rigid with calcium build up, leading to high blood pressure. Over time ligaments, tendons and joints can also become harder and more calcified as a consequence of low magnesium and dehydration. The most important thing to do in a state of dehydration is to drink sufficient electrolyte balanced water, which helps to re-hydrate cells and our cardio-vascular system.  However, care must be taken with certain electrolytes because sodium can steal water and exacerbate dehydration, making blood thicker and more voluminous, whereas magnesium is associated with ample hydration and fluidity of the cardio-vascular system.  Not all salts are the same!

Sugar is also dehydrating.  Interestingly, the higher the magnesium levels the lower the sugar sensitivity and the lower the magnesium levels the higher the sugar sensitivity.  It’s a see-saw!  Sugar metabolism leads to acidity and positive charge which is depolarising for cells (ie. it makes the cell membrane looser and more prone to water loss).

The outside of the cell attracts positive charges and this tug-o-war creates a membrane electrical potential.

Scientists Mildred Seelig and Andrea Rosanoff in their book the Magnesium Factor established that magnesium is the key electrolyte responsible for membrane charge and integrity.  Cell membranes are made up of a lipid bi-layer held together by magnesium ions.  If the magnesium level gets too low the membrane can depolarise and lose its normal negative charge, thereby becoming ‘leaky’.  If the membrane becomes too ‘loose’ you can also lose too much potassium, which can cause a

“Virtually all eukaryotic cells (including cells from animals, plants, and fungi) maintain a non-zero transmembrane potential, usually with a negative voltage in the cell interior as compared to the cell exterior… The membrane potential has two basic functions. First, it allows a cell to function as a battery, providing power to operate a variety of “molecular devices” embedded in the membrane. Second, in electrically excitable cells such as neurons and muscle cells, it is used for transmitting signals between different parts of a cell. Signals are generated by opening or closing of ion channels at one point in the membrane, producing a local change in the membrane potential.” Read More

STRUCTURED WATER:  A negative charge of the intracellular space creates a m

ore structured water (cytoplasm) where the water molecules line up their poles like train tracks with tighter spaces in between not allowing the larger molecules of sodium and calcium inside (during rest phase). It’s all about electrical charge separation in water!  Read more about the water research of Professor Gerald Pollack.

As charge depolarises, the spaces get bigger and more random, allowing access to more sodium and calcium. This causes an over-excitation, further dehydration and even a hardening effect.  Magnesium’s charge thus helps to hold the water in and keep the cell well hydrated for normal functioning. If the cell loses too much magnesium the membrane loses its integrity and gets ‘leaky’, thereby unable to maintain proper hydration for detox flushing, cell signalling, transport and mitochondrial energy production.

ELECTROLYTES:  The main intracellular electrolytes associated with ‘juicy’ youthful cells are potassium and magnesium (which work together like partners), while the extracellular dominant electrolytes are sodium and calcium.  Chloride is the most abundant mineral electrolyte and represents about 70% of the body’s total negative ion content. It is present both in intracellular and extracellular spaces.  Chloride is a by-product of the reaction between chlorine and an electrolyte such as potassium, magnesium, or sodium, which are essential for human metabolism.  This compounding (sharing electrons in the outer shell) allows the electrolytes to become fully water soluble, ionised and able to be absorbed. Chloride salts are essential for sustaining cell conductivity and human metabolism.

Electrolyte Drinking Water:  Adding Elektra Magnesium chloride flakes (which are food grade) to bottled water improves the hydration capacity of water because even mineral water usually has too much calcium and needs the extra balance offered by magnesium.  You can also add it to filtered rain water or reverse osmosis filtered water to remineralise and alkalize the water.  The magnesium flakes contain additional sea trace minerals which add synergistic nutritional value.

One pinch (about half a gram) per litre of filtered water makes a beautiful drinking mineral water.  You can drink more water this way without peeing so often because the water travels through the body more slowly, more thoroughly accessing the tissue cells rather than quickly transiting the digestive system as with demineralised water.  This greatly assists maintenance of healthy hydration levels and cell conductivity, signalling and detoxification.  The recommended average daily water consumption for an adult is 3 litres per 24 hours and more if there is excessive perspiration or chemical and medical interventions which cause dehydration.

BEWARE of tap water in Australia as its chemicals hinder the digestive system.  If you were using tap water in Germany, Switzerland or Austria and other places where they ozonate the water which comes from the European Alps full of minerals, you would be fine.  It’s beautiful to drink – and not really a commercial boon for bottled water manufacturers. In Australia however, they add chlorine and industrial grade fluoride which contains heavy metal contaminants – both of which are chemicals that kill beneficial gut bacteria, thus interfering with proper digestion and causing IBS symptoms or leaky gut.  Fluoride also binds up magnesium.  Ingesting both fluoride and magnesium together is like driving with the brakes on.  All the good things that magnesium does – like support enzyme activity and metabolism – is the opposite for fluoride.  Fluoride inhibits enzyme activity and slows down metabolism.  It also promotes acidity.  Fluorine is the most tightly binding element on the periodical table of elements.  It’s like dumping resin into your cells which makes them run more slowly and inefficiently.  It is well known that fluoride suppresses the thyroid by displacing iodine, which is one of the main reasons we now have a thyroid epidemic in Australia.

Iodine is not only important to the thyroid, but also to breast tissue as the breast competes with the thyroid for available iodine.  Low iodine leads to fibrocystic tissue cells and higher risk of breast cancer.

Get a good water filter if you are going to drink the tap water:  Cheap filters do not get the fluoride out.  Make sure to check with the manufacturer of the filter to make sure it gets over 90% of the fluoride out.  Boiling tap water may evaporate the chlorine out of it, but the water that’s left ends up with a higher concentration of fluoride because it doesn’t evaporate or dissipate with the boiling.  That means all the tap water you use for cooking will have increasing levels of fluoride.

You also need to watch for manufactured beverages and processed foods because much of it also uses fluoride water in the processing.  It is accumulative in cells over time, so older people are carrying a lot more fluoride in their bones and pineal gland than younger people.  Fluoride is also a neurotoxin and affects the speed of processing of brain neurons.  In other words, it slows down thinking and fogs the brain.

There will be exposures to fluoride in the environment you won’t know about, but if you can manage to avoid the fluoridated drinking water, that is the major part.  With extra magnesium in your diet it will help to protect your cells from fluoride toxicity.  Magnesium supports your detoxification enzymes to eliminate the chemicals and heavy metals that shouldn’t be there. Apart from a good supply of magnesium mineral water, another nutritious beverage is a green smoothie or vegetable juice with greens.  This ‘green’ part is chlorophyll and is alkalysing.  In other words it donates electrons to your electrical system – AND – magnesium is the centre of the chlorophyll molecule.  Adding more green vegetables to your diet means adding more magnesium.